Dads of Daughters in STEM – Interview with Dr. Elliott Coleshill

January 20, 2017 By admin Comments are Off dads of daughters in STEM, ellliott coleshill

As part of the Girls in STEM Executive Advisory Council, I’m honoured to collaborate with a group of talented leaders—including Dr. Elliott Coleshill. After a few short minutes chatting with Dr. Coleshill, it was abundantly evident to me that this man has the background, knowledge, and experience that far surpasses even the notorious bearded man claimed to be the “most interesting man in the world.” Not only is Dr. Coleshill a Professor at Seneca College, he’s also an engineer, a robotics mentor, and has extensive knowledge of the Canadian Space Station program, including the inner workings of the Canadarm2! But above all, Dr. Coleshill is a dad to a beautiful daughter named Chloe. I had a chance to ask him a few questions about his role as a father and encouraging girls and young women in STEM.

Q1: Why do some young females overlook STEM-related careers and interests?

EC (Dr. Coleshill): Research shows that people learn based on the environment around them. There has always been, and continues to be, a stereotype that boys are better than girls. Especially in the area of STEM. This stereotype, I believe, is one of the major contributing factors to why there are so few females interested. When females compare their abilities to that of males they “shy” away thinking they cannot succeed in such a career path, so why spend the time and effort.

Q2: What can fathers do to encourage and support their daughters to explore STEM-related interests and careers?

EC: Fathers need to reinforce the fact that nothing is out-of-reach to their daughters, just because they are female. I have a five-year-old daughter. Sure, she is doing all the usual dreaming that a five-year-old girl does, however, I constantly have her working and playing with me as I do my hobbies (model trains, marine tanks, and robotics, to name a few). Even at the age of five, she says she can’t do certain things, but I show her it’s because she has never done it before and practice is all she needs. Before I know it, she’s assembling a robotics kit using a screw driver and wrench, driving a tele-operated robot using a computer, and ratcheting a set of gears together for a drive train!  Now she really enjoys working on robotic devices with me and sitting in at meetings with her school’s FIRST robotics team – SWAT771. 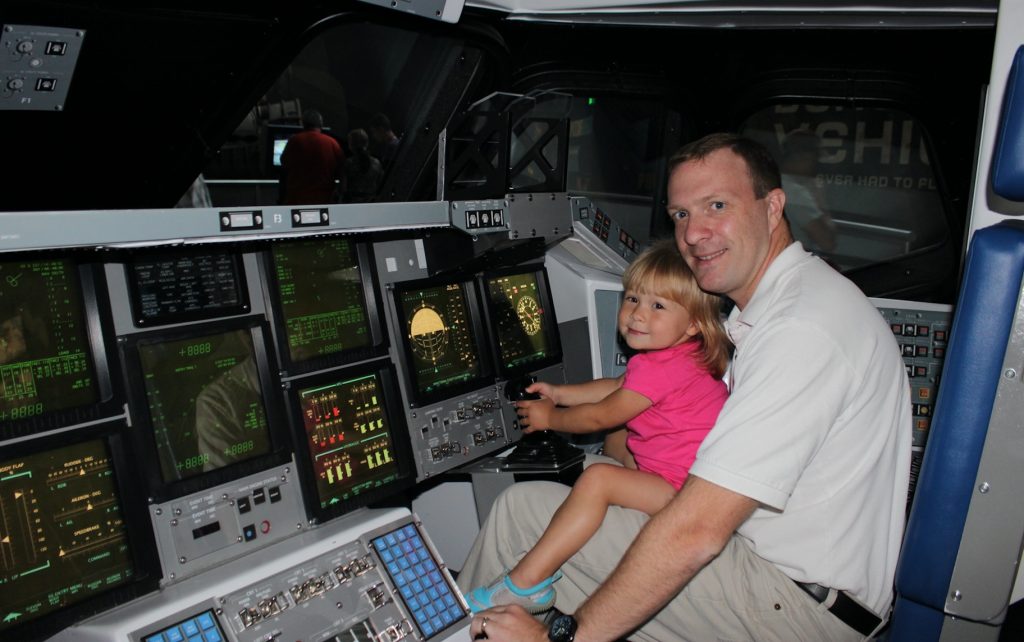 Q3: Why is a father’s support and encouragement important for his daughter’s opportunities?

EC: A father is a role model to his daughter. More importantly, a father is a “male” role model for his daughter. Having a male mentor and supporter who’s encouraging her to try and experience new things is critical to her development. Some times daughters will succeed with no stress, other times daughters will fail and try to give up. It’s important that a father continues to “cheer” his daughter on, so when those failures happen (and they will), his daughter doesn’t give up and fall victim to the stereotype of “boys are better… I don’t have a chance.”

Q4. What is your personal strategy for letting your daughter explore diverse interests?

EC: I am very involved with all kinds of STEM-related activities, from the Canadian Space Program, to building robots in the academic classroom. Where possible, I try to engage my daughter to give her a first-person view of the type of stuff I do that is possible for her to do one day. For example: I bring my daughter to work and show her the classrooms and technical labs, I have her work with me at home building and testing robots for use in my courses, and I tour her around space-related sites.  A couple years back I took her to the Kennedy Space Centre and showed her some of the technology “daddy” worked on she got to see her first rocket launch from Cape Canaveral. I even get her involved in the, as she puts it, “Yucky” part of maintaining a closed environment eco-system inside a salt water reef aquarium. This past September she watched me as I took part in a dive of the Dangerous Lagoon shark tank at Ripley’s Aquarium in Toronto and the next day went back to school and told all her friends about “her” experience.

It’s very important to introduce your daughter to experiences like these, even if it’s not hands on. In some cases my daughter has told me “this is boring dad,” and in other cases she shows interest and wants to see and do more. Both responses are okay. It’s my job as her father and male mentor to introduce her to these STEM-related experiences and encourage her to follow her interests, not force her to do everything I do. 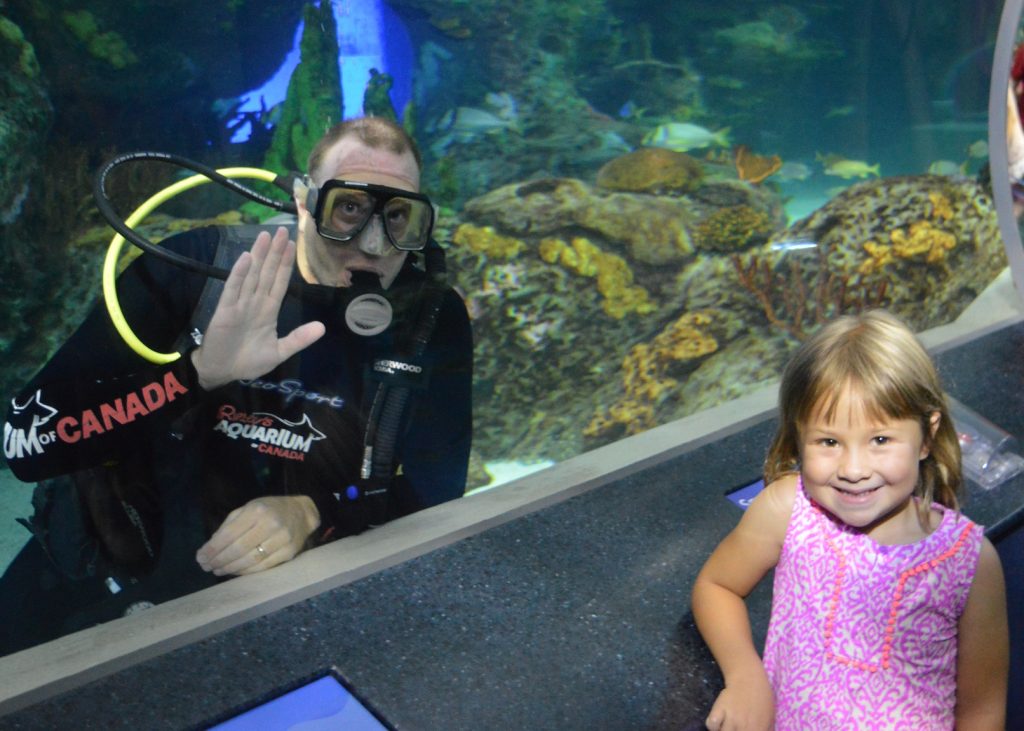 Dr. Coleshill and Chloe at Ripley’s Aquarium of Canada

Q5. Who do you feel is an inspiring female role model for girls and young women?

EC: Any female in an area of interest is an inspiring female role model for my daughter. You don’t have to be in the public eye or news to be a role model. My female role models were Julie Payette and Pat Greene.

When I first started working at MDA, I was a Jr. Software Developer. As I matured through my career I looked up to the software lead for the Mobile Servicing System, Pat Greene. She was a trained computer scientist who was leading all software development for the robotics onboard the International Space Station. It was a position I wanted to work towards and eventually achieved at COM DEV, thanks to her guidance.

Q6. How can we work to break down barriers of girls in STEM and create a more accepting environment?

EC: I think the prime thing to focus on is to show girls that STEM is just another career option, not something they have to prove themselves in against boys. It is just a specialized skill set all people can learn. We need to make sure there are opportunities with environments that remove the stereotypical approach of boys are better than girls. I strongly believe, and have seen it through FIRST, that once you empower a girl’s imagination within a calm and inviting environment, a girl will have no issue facing the boys as she pursues her goals.

Technology forums and competitions like those in the FIRST community is an excellent start, but is limited to technology and robotics. At the FLL level, there is a research-based project, but it would be nice to see something like FRC, but in the areas of biology, chemistry, and other areas of STEM.

Public outreach is another area where I think we can start breaking down these barriers. Providing examples of success, not just from successful females but also from successful males, like me, who were mentored by women.

More from the Dads of Daughters in STEM series in the coming months.